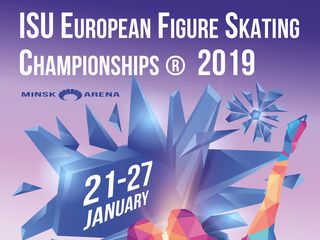 Less than a day is left till the start of the 111th ISU European Figure Skating Championships 2019 in Belarus. Many world stars have come to Minsk, including PyeongChang Olympic champion Alina Zagitova from Russia, bronze medalists of the Olympics in ice dancing Gabriella Papadakis and Guillaume Cizeron from France, six-time winner of the Continental Forum Javier Fernandez from Spain. Also, a three-time European medalist and four-time Russian national champion Maxim Kovtun, as well as Mikhail Kolyada, Russian 2018 World bronze medalist, came to the Belarusian capital. Belarus will be represented by Anna Kublikova and Yuri Gulitsky in ice dancing, and Yakov Zenko in men’s singles. Official training is held today in Minsk Arena. The tournament will begin tomorrow at Minsk Arena with the short program in ladies and pair skating. The championships will come to an end on January 26. The gala show featuring participants and winners of the continental competition will be held on January 27.