«BELARUS 24» is an international satellite channel of the Republic of Belarus, which broadcasts 24 hours a day outside the territory of the country. The broadcasting is carried out in Belarusian and Russian languages. The coverage area includes more than 100 countries on four continents.

Our main goal is informing about events and achievements of Belarus in various fields, a preservation of a single ethno-cultural space for all of our fellow countrymen, as well as an image improvement of Belarus in the eyes of the world community. The air format is annually updated, but its principles remain the same — objectivity and relevance of information, its accuracy and timeliness.

The first Belarusian satellite TV-channel started to broadcast on February 1, 2005 for near and far-abroad countries. In 2013, the TV-channel «Belarus-TV» was renamed as «Belarus 24» as a result of rebranding. Design, logo, content genre and channel positioning were changed during this process.

«Belarus 24» forms a part of the National State TV and Radio Company of the Republic of Belarus, which also includes the TV-channels «Belarus 1», «Belarus 2», «Belarus 3», «Belarus 4», «Belarus 5», «NTV-Belarus» and the First National Channel of the Belarusian Radio, the radio channel «Kultura», the radio stations «Belarus», «Stolitsa» and «Radius-FM».

Foreign viewers, primarily Russian-speaking population, residents of the former Soviet Union, ethnic Belarusians, who are connected with our country by family or professional relationships, as well as all those people that are fascinated by Belarus watch «Belarus 24».
Audience coverage is over 270 million people.
Age: 35+. Female audience - 52.2%. Male audience - 47.8%.

«Belarus-24» is spread in packages of operators of satellite and cable television. It is also available by way of on-line broadcast on the official website, mobile services, IPTV and OTT platforms. The broadcasting is carried out 24 hours a day according to the highest digital quality.


Today the signal of the international TV channel «Belarus 24» is available from 2 satellites - ABS-2, HotBird:

The signal of «Belarus-24» is not encoded on all satellites. It is free and accessible for everyone. More than 500 cable operators had signed contracts with «Belarus-24». The TV-channel continues to expand the geography of broadcasting in foreign countries and thus increases its audience.

The best TV projects of the national channels of the Republic of Belarus, as well as the projects of the Television News Agency form the basis of «Belarus-24» broadcast.
The broadcasting is carried out in Belarusian and Russian languages. In addition, there are also daily news reports in English.

Informative and analytical shows, social and political projects, films, documentaries, history and culture of the Belarusian people, sport, music and entertainment, children's TV-shows — such is the genre structure of broadcast. The content is provided by the creators of the best projects of the most prominent Belarusian producers of TV, film and video industry.

The main emphasis in broadcasting is put on the informative and analytical content.

News, exclusive interviews, analytical reviews, authorial programs and special projects, political talk-shows and live-broadcasting of the country's most important events can be found on the air of the TV-channel «Belarus 24».

It is possible to watch programs of the «Belarus-24» live on-air and on the Internet via our website. Especially for you, we collected the best releases of the highest-rated projects in the section «Broadcast» on our website. 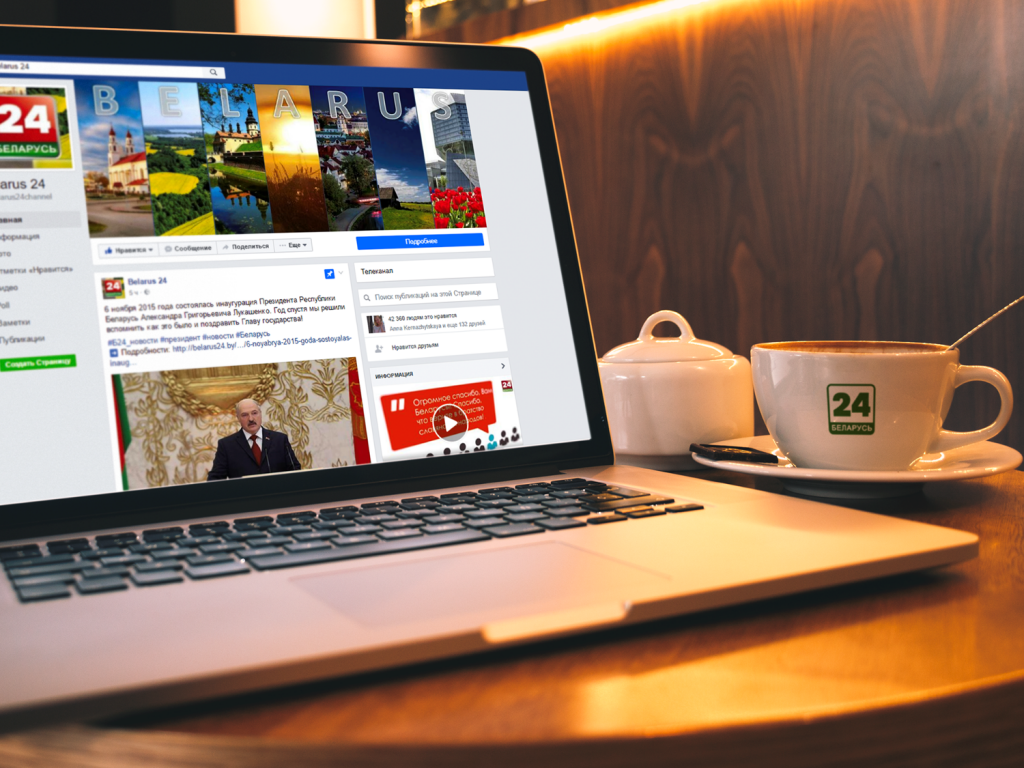 The channel is broadcasted on-line on the official website. «Belarus-24» also has presence on five social network platforms: VK, Facebook, Twitter, YouTube and Instagram. Monthly audience coverage is more than 200 000 people.
Each day and 24/7 we are keeping the hard work in order to help you to get to know our country!

We are making Belarus closer to you!