Victoria Azarenka into second round of tennis tournament in San Jose, US 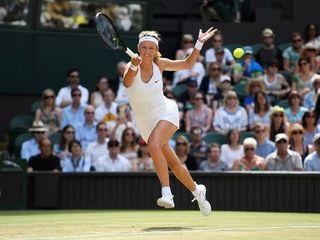 Victoria Azarenka progressed into the second round of the tennis tournament in San Jose, USA. In the opening round the Belarusian defeated Ukraine's Katerina Bondarenko. Following a successful first set – 6:3 – the Belarusian athlete had much more difficult time in the next two. First, the tiebreaker was won by Bondarenko, 7:6. The next one went to Azarenka, 7:5. The match lasted for almost three hours. In the round of 16 the Belarusian will face Spain's Garbine Muguruza.