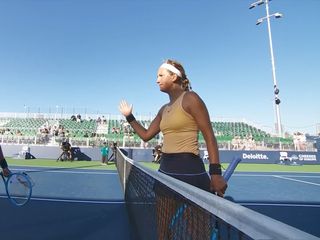 Victoria Azarenka won her first match at a tournament in San Jose, USA. The Belarusian tennis player defeated Frence's Armoni Tang in two games. Azarenka made herself a nice present for her 30th birthday, which she's celebrating today. Her next opponent is Donna Vekic from Croatia. Thanks to her high rating, another Belarusian player, Aryna Sabalenka, joins in the tournament in the second round. She will face Coco Vandewege representing the United States.