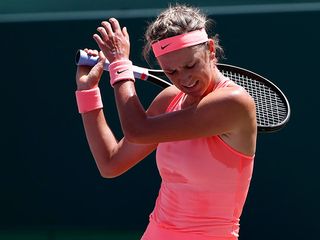 Victoria Azarenka failed to qualify for the final of the tennis tournament in Miami. Yesterday the Belarusian athlete was defeated by the 12th number of the world rating – American Sloane Stephens. Although in the first game Azarenka was stronger, in the second set the hostess of the courts took revenge and won. For having reached the semi-finals the Belarusian will receive 390 points, which will allow her to return to the first hundred of the world rating on Monday.