The resounding success of the Belarusian tennis players 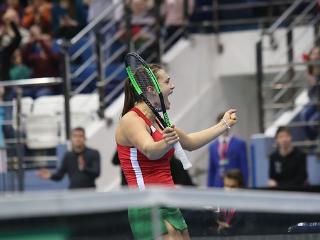 A resounding success of the Belarusian tennis players. Last weekend, "Chizhovka Arena" for the first time hosted international tennis matches and for the first time Belarusian women's tennis team reached the semi-finals of the Fed Cup World Group. Arina Sobolenko beat Michaella Krajicek to secure Belarus’ overall win against the Netherlands in the quarterfinal. In the semifinals, the Belarusians will meet with the Swiss team. The match will be held in Minsk in April.