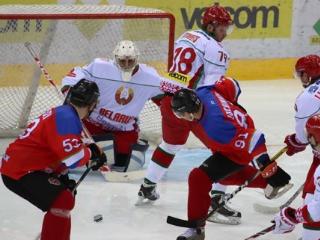 The presidential team won the 14th Christmas amateur ice hockey tournament. This is the 11th title for the Belarusian squad. In the finals, almost everything was decided in the first 20 minutes, when our team threw 4 unrequited pucks into the gates of the Russians. The final score 6:1 was set by Alexander Lukashenko. Simultaneously with the adults, young hockey players competed in the «Chizhovka-Arena». In the "Golden Puck" final two Minsk-based teams met on the ice. «Bear» took revenge against last year's winners, the «Griffins» - 4:3.