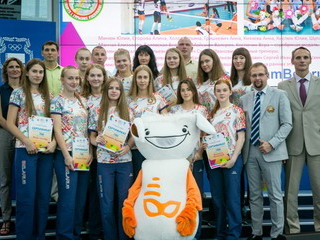 The National Olympic Committee honored the winners of the 14th European Youth Olympic Festival. It was held in late July in Hungary. Belarusians won 15 medals, which is a record-high number over the years of participating in such competitions. Anastasiya Zhuk won three awards. She got gold and bronze in mixed canoe-pair, as well as bronze in single sculls. Meanwhile, the contest for the best mascot for the second European Games 2019 continues. Everyone can send their version to the Ministry of Information until November.