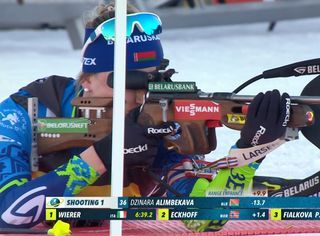 Norwegian Holmenkollen is hosting the final stage of the World Cup. The day before women's sprint took place, the best among the Belarusians were Elena Kruchinkina and Dinara Alimbekova (18th and 19th positions). Anastasia Kuzmina of Slovakia won the race. Today the men's sprint will be held. The distance is 10 kilometers with two firing ranges. Four Belarusian biathletes will take part, including Vladimir Chepelin, Roman Yeliotnov, Sergey Bocharnikov and Anton Smolsky.