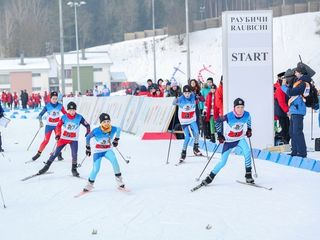 «Raubichi» held a biathlon weekend. The final races of the national competitions for the prizes of the Presidential Sports Club «Snow Sniper» were held in the Olympic training center. According to the results of the two days of competition, the guys from the capital team received the most awards - 6 gold, 2 silver and 4 bronze medals. Next in the team ranking are Minsk and Gomel regions. Winners and runners-up will receive their medals on February 18 during the Race of Legends.