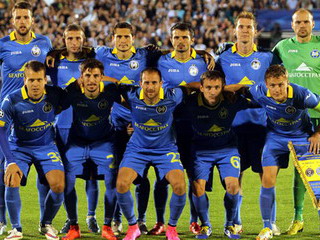 Today FC BATE Borisov will play the first match of the Europa League play-off round. At the "Borisov-Arena" the champions of Belarus will face FC Oleksandriya (Ukraine). At stake is an exit to the group stage of the tournament, which means fixtures with leading clubs and solid prize money. But first FC BATE need to beat the opponent from Ukraine. The captain of the Belarusian team Vitaly Rodionov who had to miss the previous Europa League matches due to disqualification will try to help FC BATE achieve the goal.