Coordinating Commission of EOC continues its work in Minsk 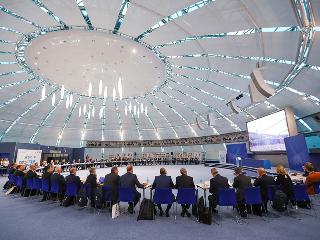 The Coordinating Commission of the European Olympic Committees continues its work in Minsk. Preparations for the Second European Games in 2019 are being discussed. The day before the leading sports officials held a meeting with their Belarusian colleagues, visited Minsk Arena, Dynamo Stadium, the student village, which will become an Olympic village during the competition. The celebration of the European Games is an important project for the development and popularization of sports in Belarus and Europe. The group of experts of the European Olympic Committees, noting the role of state bodies in preparation for the competition, said that it will pledge support to our country.