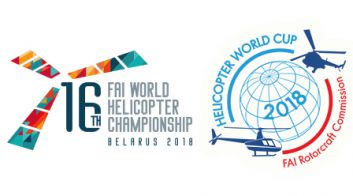 Belarusian national team won silver at the World Helicopter Championships, which ended in Minsk. The first place went to Russia. Team Poland won bronze. The Belarusians repeated their best achievement. They won silver last year at the championship, which was held in Poland. A total of 34 crews from seven countries performed in Minsk. They competed in four exercises: «Navigation», «Accuracy in parallel flight», «Parallel delivery of goods» and «Parallel slalom». The majority of athletes came from Russia – 13 crews. The hosts were represented by seven teams.