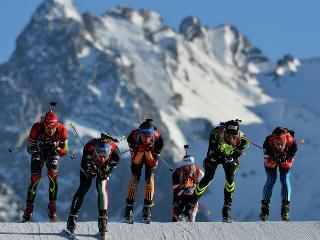 Biathlon World Cup stage in French Annecy will kick off today with a women's sprint. Daria Domracheva will miss this race. Three-time Olympic champion is preparing for the Olympics. Domracheva will be replaced by Dinara Alimbekova. Also, the Belarusian women's team will be represented by Nadezhda Skardino, Nadezhda Pisareva and Irina Krivko. Three Belarusians will participate in men’s races – Roman Eliotnov, Dmitry Abashev and Anton Smolsky.