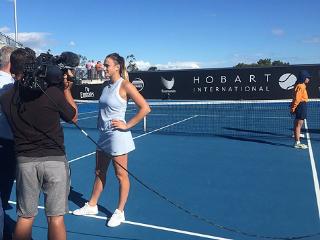 Arina Sobolenko made it to the quarterfinals of the tennis tournament in Hobart. The Belarusian player easily defeated world's number 35 Zhan Shuai – 7: 6, 6: 4. The match started two hours ahead of the schedule as another match had been canceled. In the quarterfinals on Friday Arina Sobolenko will play with Ukraine's Lesia Tsurenko, world's 43rd number. The Belarusian currently holds the 69th position in the WTA rankings.