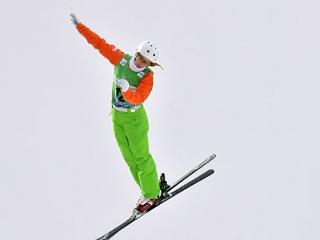 Having taken part in the World Cup stages and the training camp in Finland Belarusian freestylers have come back home for a week. The team will have training sessions at the Minsk-arena and in the freestyle center. Three stages of the World Cup resulted in three medals for Team Belarus: gold went to Anna Guskova, silver to Maxim Gustik and bronze to Anton Kushnir. However, the major event of the season is, of course, the Olympic Games. On 3 January Belarus’ freestylers are to partake in the next stage of the World Cup in Moscow. It will be followed by a series of US tournaments.