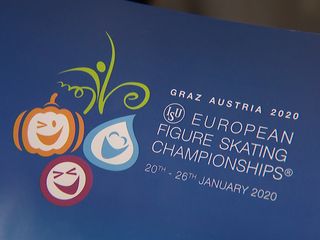 Vanessa James and Morgan Sipre are the winners of the first gold medals at the European Figure Skating Championships in Minsk. After the short program, the French duo took the first position and managed to score the highest amount of points after the free program. Silver and bronze went to the Russians. Today, dancing couples, including Belarusians - Anna Kublikova and Yury Gulitsky will join the fight for medals. And today at Minsk Arena, Austrian Graz will be officially presented as the next capital of the European Championships in figure skating.