400 athletes to compete for medals of Belarus Open Championship 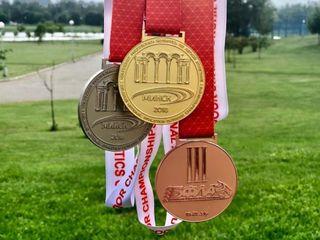 Track-and-field championships are being held again at the «Dynamo» stadium. For two days about 400 athletes will compete for the medals of the Belarus Open Championship. Representatives of Iran, Australia, Iraq, Denmark, Azerbaijan, Lithuania and Israel will take part in the competition. On the first day, 23 sets of awards will be up for grabs. In addition, the tournament will determine the participants of the future European Championship, which will be held in August in Berlin.