Role of trade unions in employment, prices' and salaries' control discussed by President and FTB leader 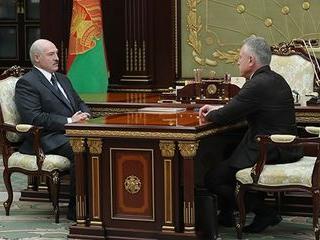 The role of trade unions in employment, prices' and salaries' control were in the pivot of attention during the working meeting between the President and the leader of the Federation of Trade unions of Belarus. The Head of State inquired about the results of the prices' monitoring held by the trade unions a year ago. A.Lukashenko underlined, that his demands in employment, growth of salaries and prices control are not populist – these are social criteria. Trade unions should work on the pricing jointly with the government.

The Head of state also met with KGB Chairman Valery Vakulchik to receive his report. The President was interested about the prevention and detection of corruption. The specific secret service functions were also examined: the intelligence, antiterrorist activities, protection of the constitutional order.