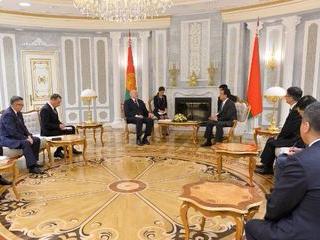 The President of Belarus met with the leaders of the Chinese corporation «CITIC Group». Its successful activity in Belarus is based on the strategic partnership between official Minsk and Bejing. The «CITIC Group» has already implemented several projects – its construction of three cement plants and a multifunctional complex in the center of Minsk, modernization of the Orsha flax-processing factory, the BelGee car manufacture. The head of the corporation also announced new agreements: creation of a factory for deep processing of the farm produce, organization and rendering of financial services.