Economic security in a globalized world 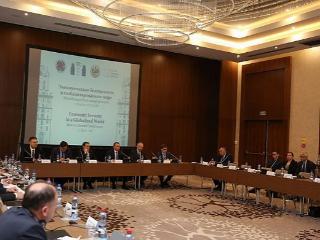 Ensuring economic security is a priority for Belarus. This was stated today by Foreign Minister Vladimir Makei at the international forum in Minsk. The most important direction of work is diversification of export and reduction of dependence on traditional trading partners. Yet we cannot say that the export "formula" of Belarus is proportional, the minister stressed. The expansion of trade and economic relations should be facilitated by accession to the WTO. In recent years, Belarus has significantly stepped up the process. And we have already reached the final stage of coordination. Protocols on the completion of bilateral negotiations with Japan and Korea are already signed. By the end of the year, it is planned to reach a final agreement of positions with a number of other countries.