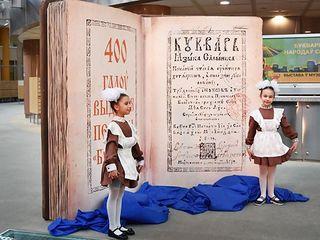 The world's oldest «Bukvar», or a school primer, celebrates its anniversary. 400 years ago, the world's first textbook under such name was published by Belarusians. The book, printed in 1618 at the Holy Spirit Orthodox brotherhood of Vilna, was discovered by researchers in a closed library of British lawyers. It was Belarusians who first introduced the word «bukvar» (literally «a book of letters»). After the publication of the textbook, its name was borrowed into dozens of languages. Only two copies of the first «Bukvar» have survived. One is kept in London, the second, incomplete, is found at the Royal Library of Copenhagen.