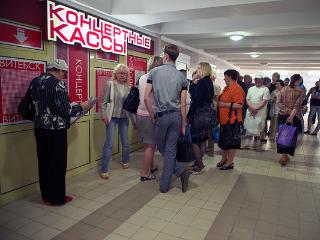 Today all the Vitebsk box offices begin to sell tickets to the twenty-sixth International Festival of Arts “Slavianski Bazaar”. They will be available around the world via the internet on 20 February. Officially, the Vitebsk amphitheater will host the Art Forum from 13th to 17th July. Additional activities are also planned from 11th to 19th of July. This year 17 concerts will be organized, two of them are night shows. Such singers as Grigori Leps, Stas Mikhailov, Valery Meladze, Egor Creed, as well as groups "Ruki vverh" and "Splin" will come to Vitebsk with solo concerts.