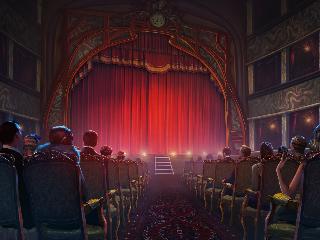 The 24th ceremony of presenting the Crystal Pavlinka award took place in the Drama Theater of the Belarusian Army. This year the Belarusian Union of Theater Workers presented the main award to two laureates, Tamara Nizhnikova and Boris Borisenko. The Crystal Flower award (for the best debut) also went to two artists, the soloist of the Musical Theater Olga Zheliazskaya and actor of the Maxim Gorky Theater Pavel Yevtushenko. The Crystal Star was also presented to an actor from Maxim Gorky Theater. Valeri Shushkevich was awarded for his contribution to the development of theatrical art. Another prize went to Vitebsk as the Crystal Angel was awarded to Oleg Rikhter, an actor from the Lialka theater.