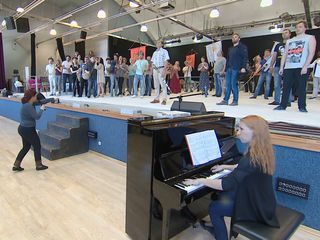 The publicized score of the Prince Igor opera is going to be premiered at the Bolshoi Theater. Next year, the opera by Alexander Borodin turns 130. Some clavier fragments from the archives have been woven into the musical piece. A total of more than 150 singers are involved in the production. The directors have already developed stage set sketches for 26 scenes and are holding first rehearsals. The opera's sixth staging will open Bolshoi Theater's 87th season.