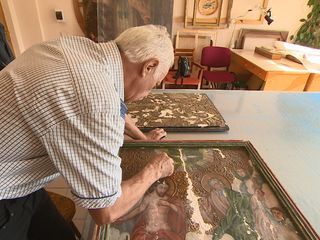 The Museum of the Old Belarusian Culture of the National Academy of Sciences presented the first album of an exclusive series. Glossy edition of "Belarusian icon painting. From the 16th century to the beginning of the 20th century" tells about the objects of historical and cultural heritage from the museum funds. Sacral painting was presented first. The museum’s collection is second in size in the country, it features almost 700 exhibits. The albums of the upcoming exclusive series will describe in detail the museum’s collection.