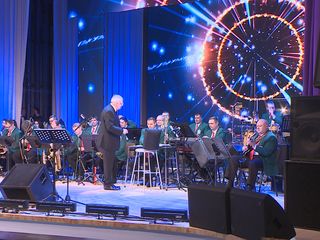 Songs that reflected the formation of the Belarusian statehood. From «Kasi Yas kanyushynu» to «White Russia». The National Academic Concert Orchestra of Belarus headed by the People’s Artist of Belarus, Professor Mikhail Finberg has presented a new program timed to the 100th anniversary of the foundation of the BSSR (Belarusian Soviet Socialist Republic). It includes a few dozens of nationally acclaimed songs. The pop classics are performed only live.