Final concert of Slavianski Bazaar to be held in Vitebsk 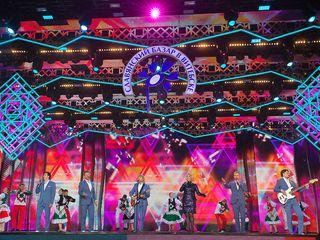 The festival of arts has officially ended, but the final concert of the Slavianski Bazaar will be held tonight. It will feature Mummy Troll band. The Festival of Arts gave the audience a chance to meet their favorite artists and helped discover new stars. In addition, a rich theater and film program was prepared.