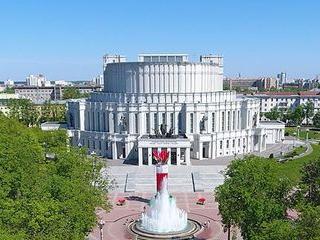 The Bolshoi Theatre of Belarus opens a series of celebrations timed to the 85th anniversary of the country's main academic stage. The festive Gala concert will feature stars of the world opera and ballet. Among them are Nina Ananiashvili, Ilze Liepa, Teimuraz Gugushvili. Over the last 10 years, the Bolshoi Theatre has staged more than 50 premieres attracting 300,000 spectators annually. The Bolshoi Theatre of Belarus is also famous for its extensive tour activity. The Theatre has already visited Germany, Austria, France, and Spain. Recently, the ballet troupe returned from their triumphant Mexican tour. In the new season, the staging of the historic project «Anastasia» is expected, and the «Alpine Ballad» will be restored.