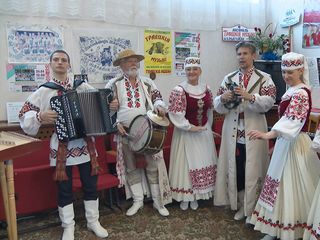 Belarusian folk songs were introduced to Saudi Arabia. Traetskiya Muzyki folk band from the Borisov district became the finalists of an international ethnofestival. Nearly one hundred countries presented their culture in Riyadh. Each team tried to amaze the audience with authentic melodies and songs on stage, and win them over by introducing national traditions outside of it at a special pavilion. The Borisov team’s exhibition was the only one visited by representatives of the Saudi Arabia’s royal family.