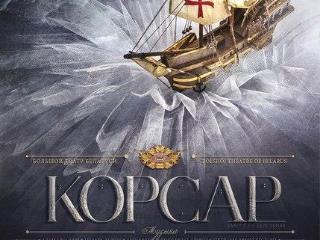 A pirate saga staged in the Bolshoi Theatre. The country's largest theater prepares the premiere of the ballet «Corsair», music by a French composer Adolph Adam. The international team led by the choreographer from the Mariinsky Theater Vyacheslav Khomyakov is working on the production. The stage in the Bolshoi Theatre has been turned into a deck. In total, the play will be see 6 scene changes. This is the third production of the «Corsair» in the theatre. Rebels, fights, kidnappings and escape in the language of a dance will be shown to the audience on 7 October.