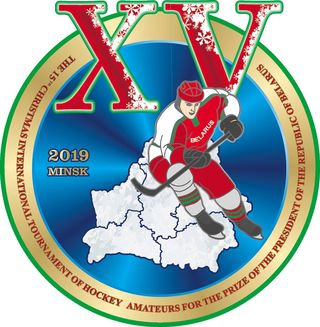 Participants of the Christmas amateur ice hockey tournament for the prize of the President of Belarus, also known as the unofficial amateur world championships, arrive in Minsk. The day before, the United Arab Emirates team already flew in to the capital city, and today will see the arrival of squads representing Germany, Czech Republic, Finland, China, Slovakia and Switzerland. By the way, it is team Switzerland that is playing on January 3 in the first match of the 15th Christmas tournament at Chizhovka Arena. They face the squad from Slovakia. And tomorrow at 7 pm the current title holder, the national team of Belarus, meets the team of the international hockey federation. At the same time, Minsk is hosting the senior finals of the Golden Puck nationwide ice hockey contest.