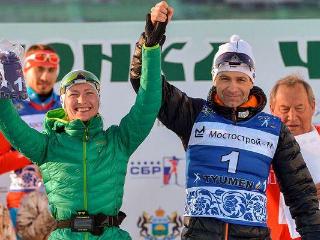 The eight-time Olympic champion Ole Einar Bjørndalen will become part of the Belarusian national team at the Olympic Games in Pyeongchang. He’ll provide moral support. Norwegian «The King of Biathlon» will not be competing at Pyeongchang 2018, but his wife Belarusian Darya Domracheva will. The 44-year-old athlete was very upset because of missing his seventh Olympiad, and even refused to participate in the European Championship. According to him, it was the family that helped him to cope with the disappointment.