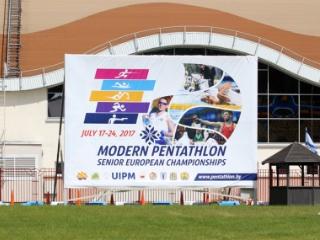 Modern Pentathlon European Championships to end today in Minsk and Ratomka. So far, the national team has won three medals, including Anastasia Prokopenko’s gold. Yesterday’s men’s individual event resulted in Tikhonov taking the 11th place, becoming the best among the Belarusians. The final day of the competition will see Europe’s best pentathletes competing in the mixed relay race. Belarus’ national team will be represented by Ekaterina Orel and Pavel Tikhonov. In the next few days another Belarusian athlete Nikita Tsmyg will compete at the 2017 World Aquatics Championships in Budapest in the 100m backstroke semi-finals. Recently Ilya Shimanovich updated the national record, but could not get to the finals of the 100m breaststroke.