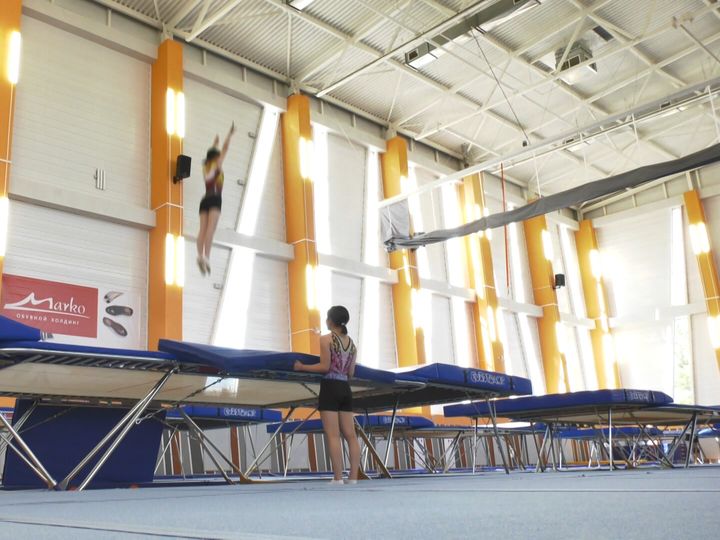 Japanese trampoline gymnasts came to Vitebsk to adopt Belarusian experience. Training camps are held by two athletes who will perform at a trampoline championship in Japan in September. The delegation of Japanese trampoline gymnasts and coaches was greeted by the Vitebsk Region Executive Committee. During the meeting the parties expressed mutual interest in cooperation not only in sports, but also in other areas. Friendship between Belarusian and Japanese athletes began at FIG World Cup 2017 in Minsk. Last summer, the national team of Belarus held a five-day training camp in Maebashi.