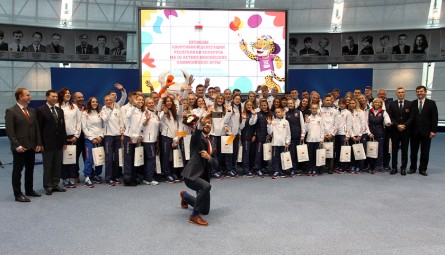 The Belarusian team has left for Buenos Aires for the 3rd Youth Olympic Games. The ceremonial farewell took place in the hall of fame of the NOC. 37 juniors will compete in 16 sports. Almost half of them are track-and-field athletes. Also, 18 coaches fly to Argentina. The Olympics will be held from 6 to 18 October. Four thousand athletes from two hundred countries will compete for medals. The age of participants ranges from 15 to 18. At the 2nd Youth Olympic Games in Nanjing in China the Belarusian team took 9 medals. In the unofficial team competition Belarus took the 15th place.