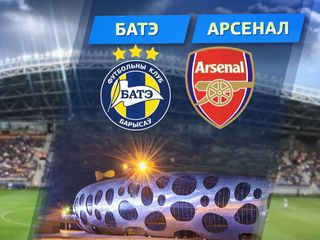 Big victory of the Belarusian sport. BATE beat the grandee of world football, Arsenal of London in the round of last 32 of the Europa League. The match began with the active attacks of the British team, but the BATE players were not only able to fight back, but also snatch victory from the well-known rivals. Stanislav Dragun scored his only and winning goal against Arsenal assisted by Igor Stasevich.