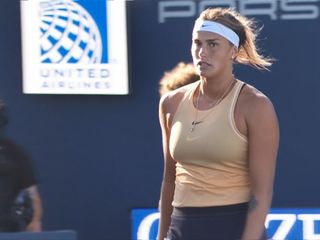 Aryna Sabalenka stopped a step away from winning the first Premier tournament of the season. In the American San Jose, the Belarusian gave way to Chinese Zheng Saysay. In the decisive match, the first set was won by the Asian player. In the second game, Zheng also quickly made a break and led 2-0, but Sabalenka returned to the game. In the end everything was decided in a tie-break, which was also left for the opponent. Despite the defeat in the final, in the updated ranking, Aryna Sabalenka climbed to the 9th line, beating the American Serena Williams. For the finals, the Belarusian tennis player earned 80 thousand prize dollars and 305 points.