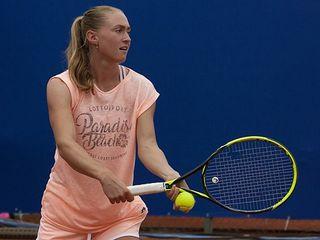 Alexandra Sasnovich got into the world’s Top 35 for the first time in her career and got back rank 1 in Belarus. It’s due to a successful performance at the tournament in Moscow, where Alexandra reached the semifinal. Belarus’ Arina Sobolenko is only one step behind Sasnovich in the WTA ranking. Vera Lapko occupies the 69th place, Victoria Azarenko is 108th. This week Lapko and Azarenko will play in a tournament in San Jose. Victoria’s rival will be Ukrain’s Katerina Bondarenko, Vera is paired against China’s Zhang Shuai.