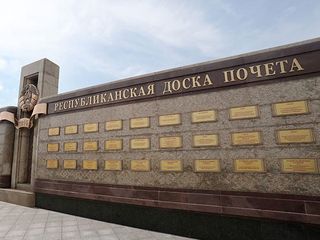 Leaders in various spheres of national interests in 2017 have been announced. On the eve of the main state holiday the Nationwide Wall of Honor updated the rating. By the decree of the head of state 64 winners were determined in the regions, districts, cities and organizations of all forms of ownership. In particular, Minsk and Minsk region, Ostrovets and Glubokoe districts, Grodno and Zhodino were awarded for achieving the best indicators in the sphere of social and economic development. 20 winners were recognized as the most economical, among them the Minsk region; Cherven and Narovlyansky districts, as well as the Frunzensky district of the city of Minsk.