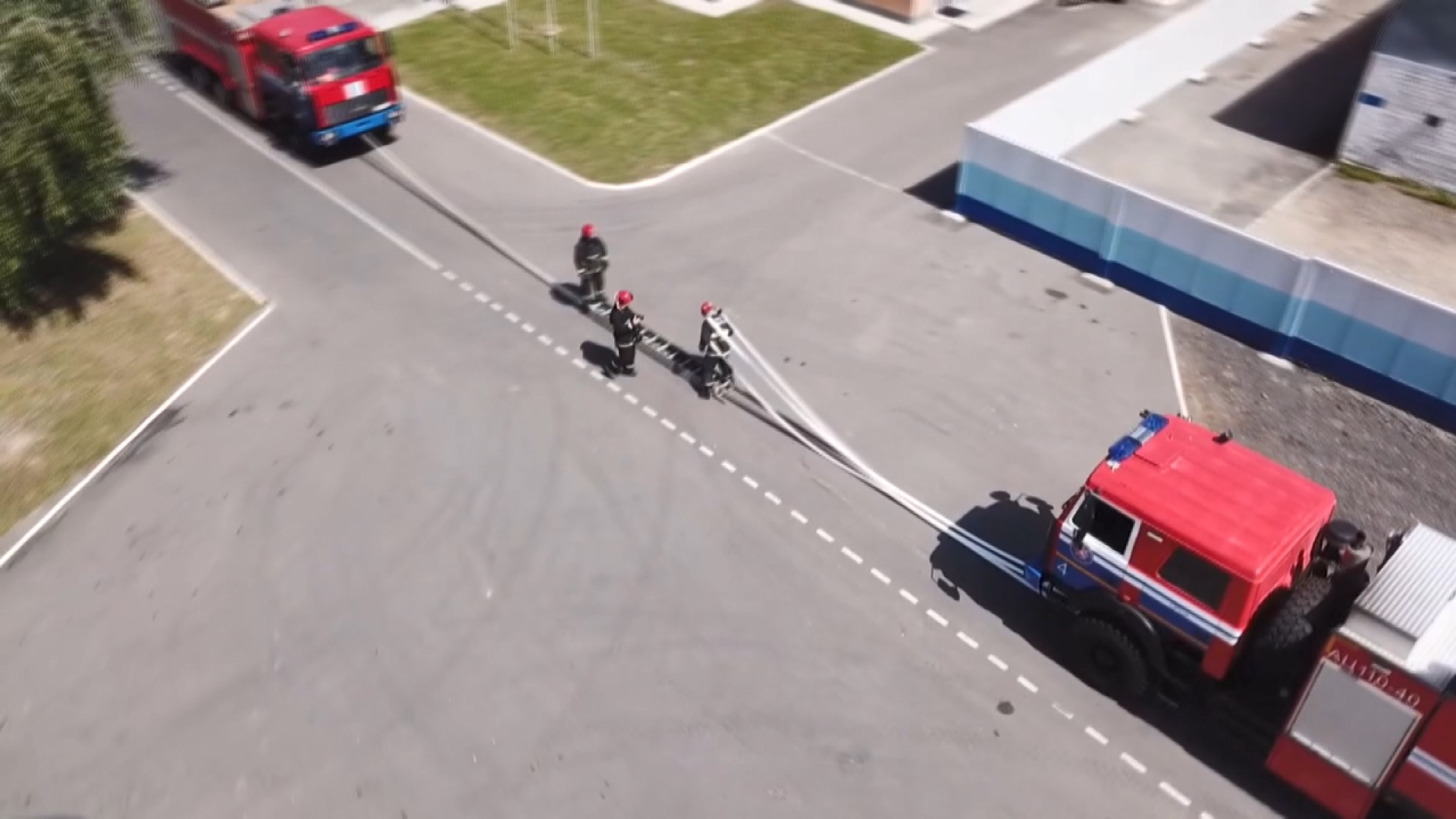 On the occasion of the Fire Service Day, Vitebsk rescuers launched a new challenge: one person has to move and drag a fire truck. With the help of special equipment and ropes, clinging to a ladder fixed on the ground, a Vitebsk rescuer managed to drag a MAZ fire truck weighing more than 33 tons for several meters. Employees of the Ministry of Emergency Situations of Belarus often take part in various challenges. In December last year, Vitebsk rescuers accepted the challenge of their Finnish and Russian colleagues. In September, the firefighters of the Ministry of Emergency Situations from Minsk took part in the well known international Tetris Challenge.