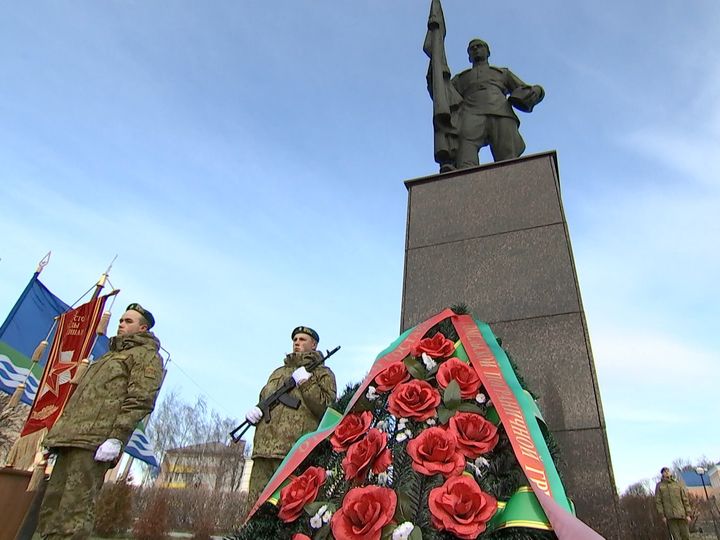 The international Victory Relay traveled a distance of three and a half thousand kilometers. It started on the same day in Brest and Murmansk. The two relay routes will pass through the territory of ten countries. Participants of the patriotic project were met in Loyew. A memorial rally was held at the Battle of the Dnieper Memorial Complex. Loyew became the eighth settlement to welcome the symbol of the relay – the border post. Tomorrow it will travel to Polotsk, and then around the cities of Russia. The Victory Relay will end on May 28 in Moscow on Poklonnaya Hill.