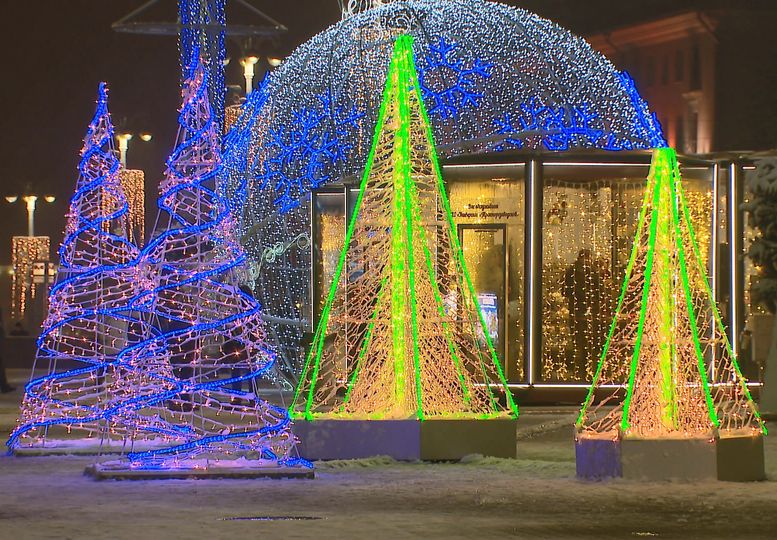 A dress rehearsal of New Year's night was held in Minsk on the stage at the Palace of the Republic. Not a simple, but a modernized fairy tale will surprise the spectators. The magic characters of the musical show will descend down the "heavenly ladder". And the starry sky will temporarily be transferred to the LED screens. The entire theatrical performance will feature original music score. Every district of the capital prepares its own show. On New Year's night, over 20 public sites will operate in Minsk.