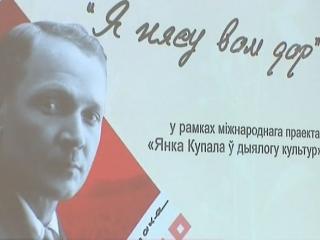 Belarus celebrates International Mother Language Day. Today, the Foreign Ministry hosted an official event dedicated to the International Day of the Belarusian language and the 135th Anniversary of the birth of the first People's poet of Belarus, Yanka Kupala. The event was attended by representatives of diplomatic missions accredited in Belarus, figures of art and culture, top officials from the Foreign Ministry. The guests had an opportunity to listen to the works by the great poet and visit an exhibition from the collections of the Yanka Kupala State Literary Museum.