Proposals on perfection of judicial system discussed at Presidential sitting 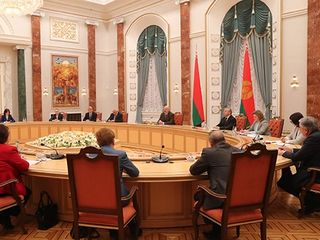 Without fair laws, distinct and logical rules, it is impossible to develop a state which prioritizes well-being, legal and social protection of its citizens. With this statement, the President began his session with the judges of the Constitutional court. The agenda included summing up of the court's activities and proposals on their perfection. Mr.Lukashenko noted the symbolism that the session was held on the Constitution day. The Head of State did not rule out, that in the course of time, discussion of future amendments to the Basic law may be launched in Belarus.