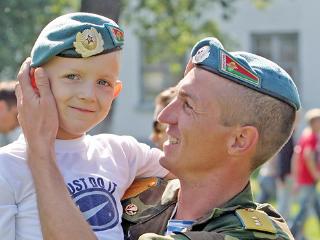 The elite units of the army celebrate the Day of paratroopers and special ops forces today. The first time airborne troops were deployed to carry out a tactical mission was in 1930 during exercises near Voronezh, Russia. Today in Belarus, the so-called “blue berets” represent the special ops forces. Despite the change of name, the tasks remain the same: counter-sabotage, reconnaissance and enemy deterrence. One Belarusian platoon has been trained for participation in UN peacekeeping operations.