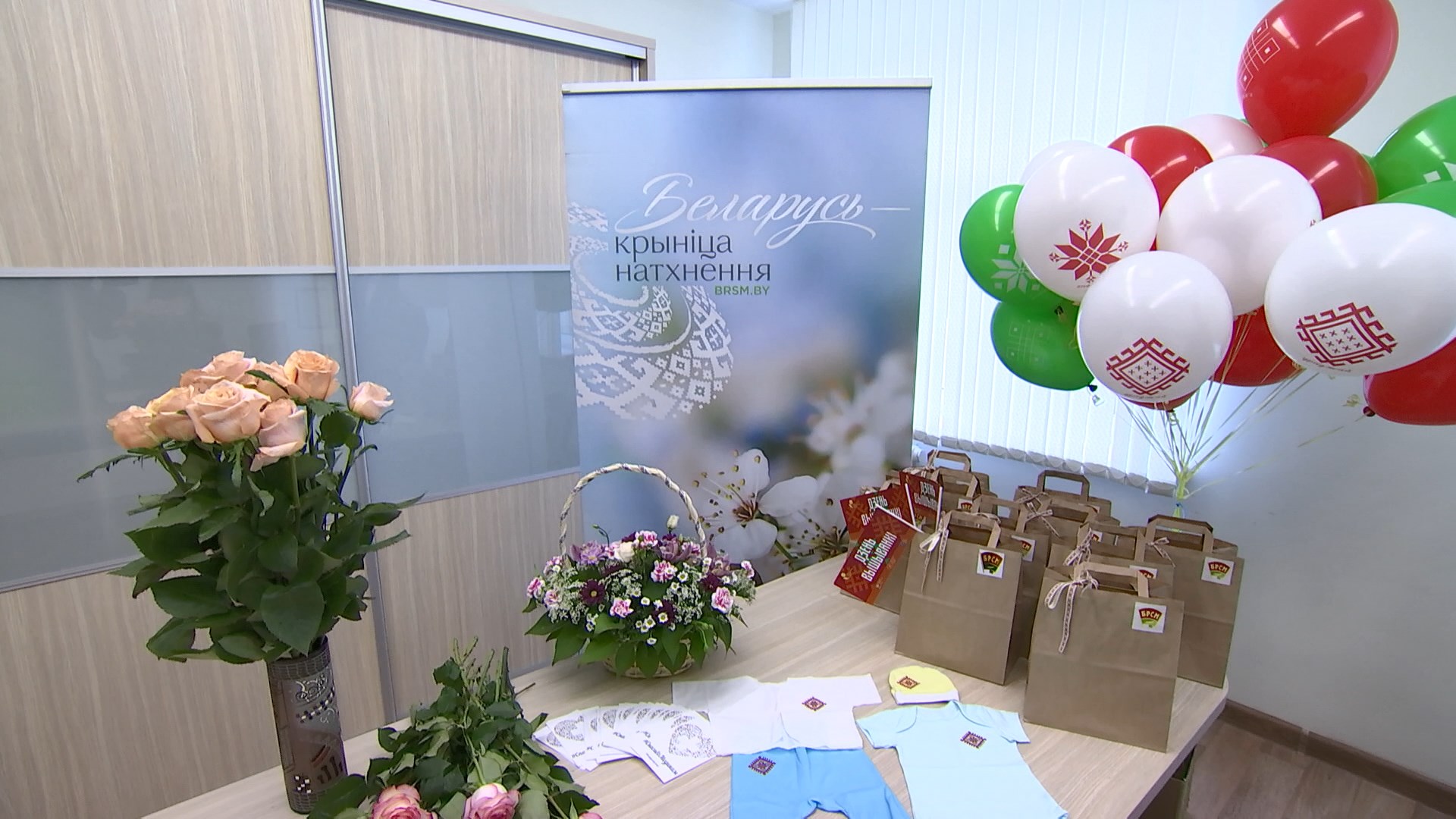 The volunteers of the "Kind Heart" movement of the Belarusian Republican Youth Union gave presents to the young patients of the Mogilev Maternity Hospital – sets for newborns with national ornaments. The event called "Vyshyvankas for Newborns" is held on the eve of Independence Day. Special words of gratitude were said to healthcare workers, they were also presented with flowers and best wishes cards. A concert venue was installed under the windows of the hospital. Balloons were launched into the sky. Such promotions will be held throughout the country.