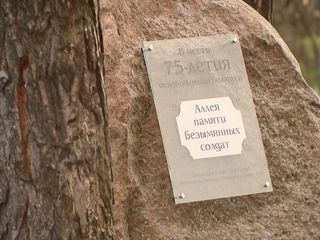 A memorial alley dedicated to the 75th anniversary of the liberation of Belarus appeared in Minsk. Fifty trees were planted to honor nameless soldiers. The new alley appeared within the framework of the Green Yard Together project. Almost seven hundred Minsk residents have already joined the project.