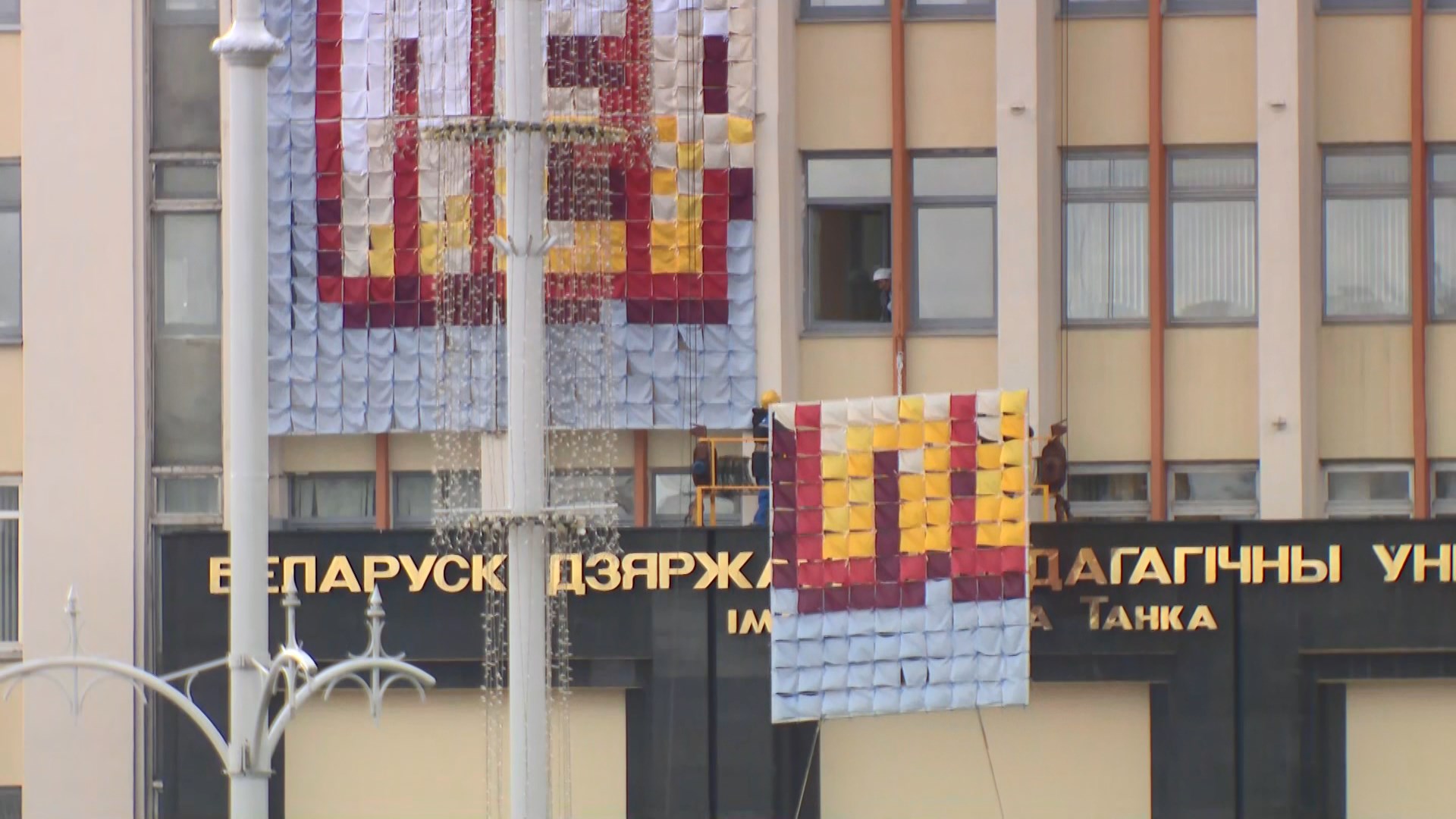 3D art objects – LED stars and screens, apple blossoms – were installed on main Minsk streets to mark the upcoming 75th anniversary of the Great Victory. Street lights are being decorated with LED lamps and pylons. Belarusian State Pedagogical University’s facade is soon to feature a big LED panel. The theme of this year’s anniversary is soldiers’ letters. Yellow pages with moving words have intrinsically enriched the capital’s decoration.