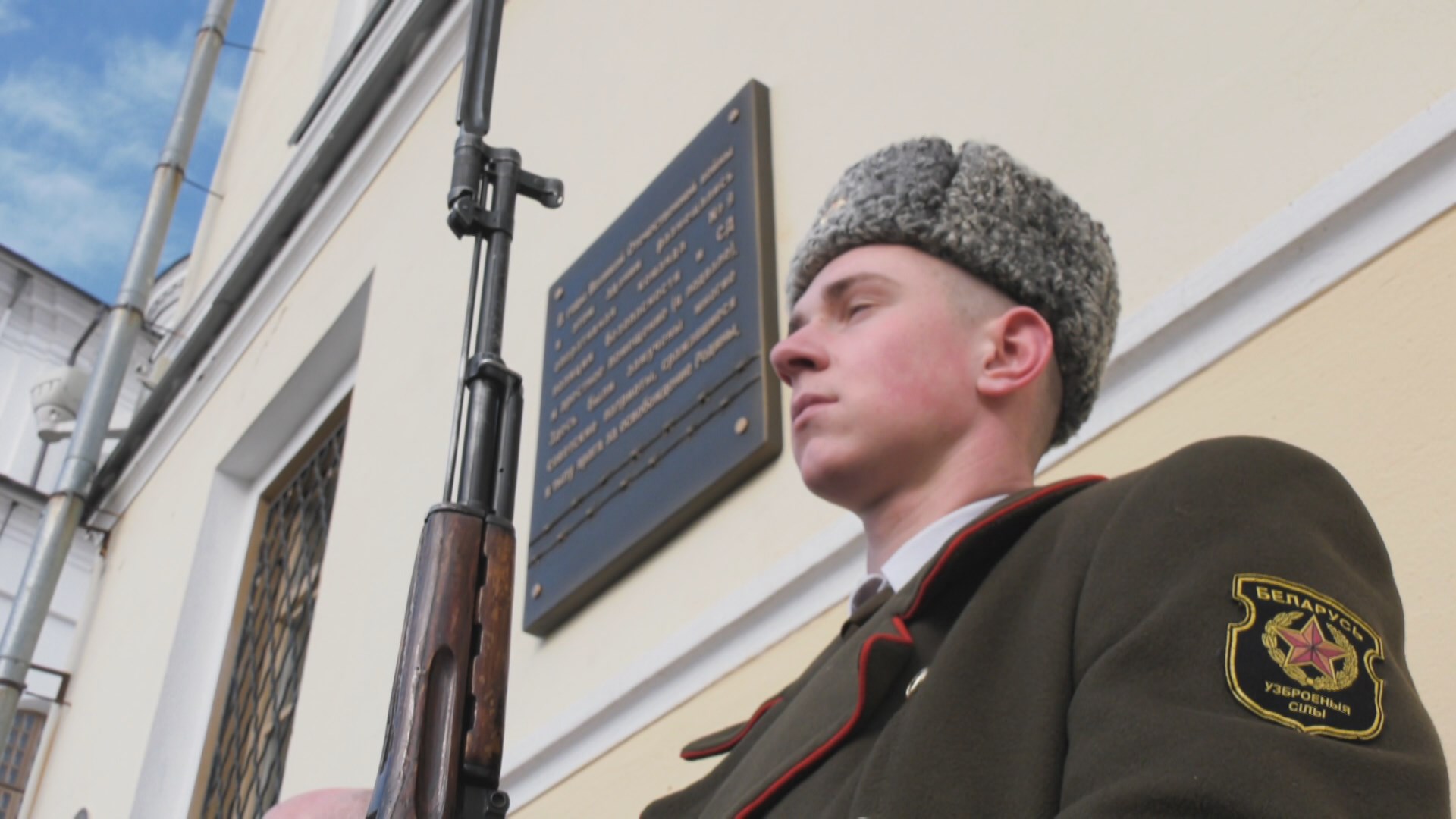 A memorial plaque dedicated to WWII heroes, the underground members, have been unveiled in Vitebsk. It is put up on the building of the former prison. The event is timed to the 75th anniversary of the Great Victory. In Soviet times, there was a small memorial at the sight, but in the 1990s it disappeared. The money for the installation of the new plaque was raised by members of the Vitebsk branch of the Belaya Rus public association. Today there is a museum exposition in the Vitebsk Theological School, which stores photographs of the underground fighters of Vitebsk captured by Nazis.